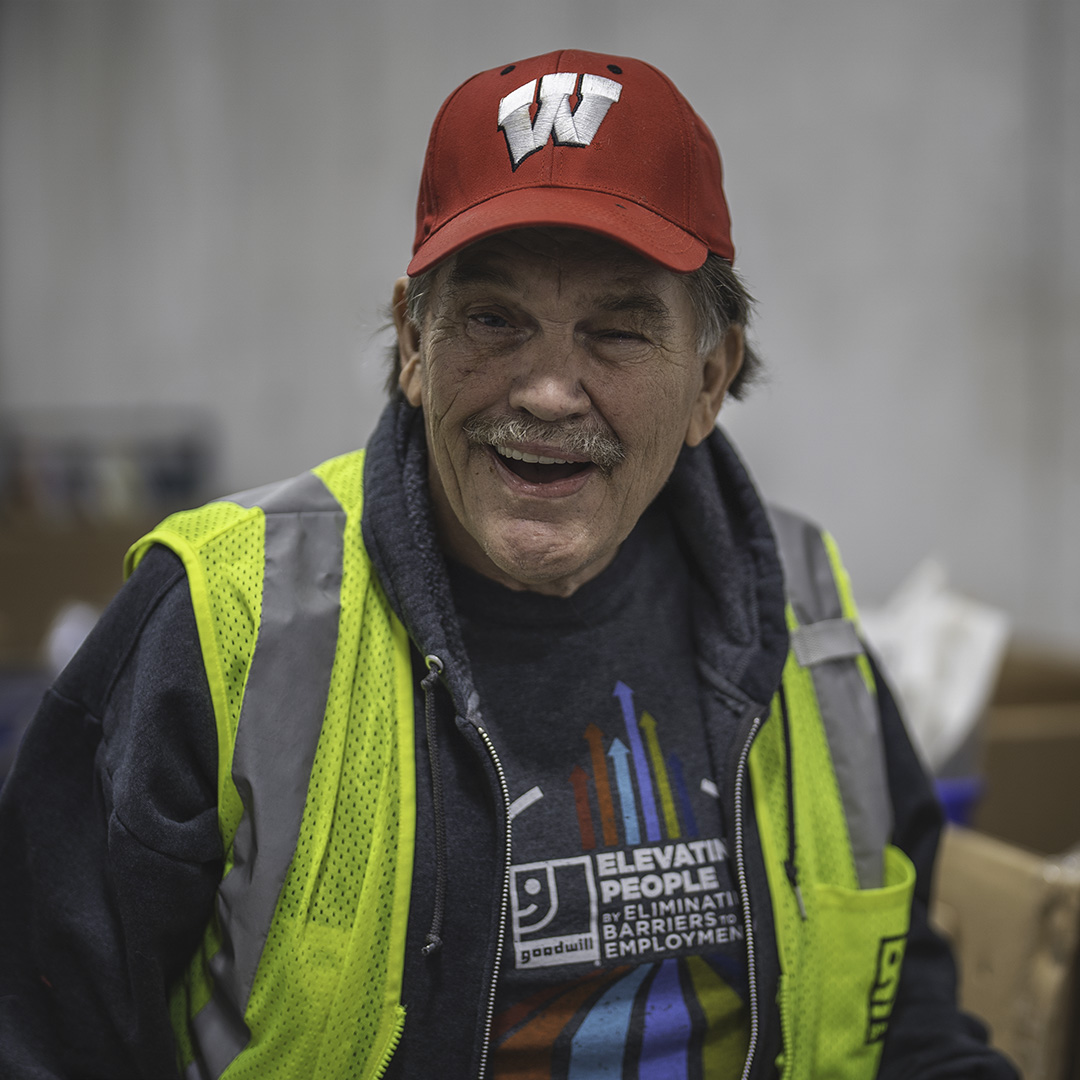 David, a team member at the Weston Goodwill, lives by the motto that it’s easier to smile than it is to frown — not that anyone would blame him for frowning. He just chooses not to live that way.

The 70-year-old with an incredible work ethic and sense of humor has faced serious medical challenges in his lifetime, including a blood infection that resulted in having both of his legs and his fingertips amputated and being in a comma for three months, a broken back, spleen removal and heart issues. He simply adjusts to the latest challenge and says, “I just can’t stand as long as I used to.” “He doesn’t use it as an excuse, he uses it as a power,” said Nikki, Goodwill NCW Career Navigator.

David, who joined the Weston team in early 2022, has worked most of his life doing strenuous physical labor jobs — “I’ve been a lot of places in my lifetime” — including building, working for a lumber company, doing woodworking and more and came to Goodwill after being turned away by other employers who only saw his disability. He is grateful for having been given a chance and goes out of his way to lift others up by putting a smile on their face. “He makes the whole backroom light up when he comes in,” Nikki said. That care and kindness also extends to the donors he serves, who can be donating items from a loved one who recently died and are struggling with letting go. “I’ve seen him hug donors,” Store Team Leader Amanda said. “We love him. I don’t know what we’d do without him.” “I’ve been all over the place, and this seems like where I’m supposed to be,” David said. “It makes my heart warm.”