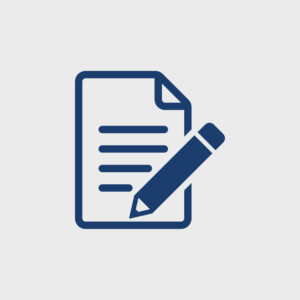 The Fuchs family of Merrill was introduced to the restorative justice process after a vandalism incident involving their daughter in fall.

And they couldn’t be happier about the outcome.

In October, 12-year-old Dani was hanging out with friends at Marathon County Park in Wausau when they decided to write their names and initials in wet cement pads that had been poured for a memorial bench an individual had purchased to have dedicated to a loved on. Spotted by a mom who was there with her children, she captured photos of the kids and reported it to police.

Through the Wausau Police Department, Dani was referred to Marathon County Restorative Justice Program. Rather than Dani receiving a citation for property damage, she was offered to participate in the Youth Restitution Project, where she completed 34½ hours of service to earn the $250 in restitution she needed to pay to the parks department.

Marathon County Restorative Justice is a program of Goodwill NCW that helps adult and student community members make healthier choices through services such as victim-offender restorative conferencing, mentoring, accountability workshops, and restitution and community service programming that increase responsibility and empathy and lead to improved productivity at work, home and school.

“I asked that this be an option as I think that young people can really benefit from restorative justice,” said Kevin Cornell, John Muir Middle School Resource Officer. “Most kids feel remorse and want to find a way to make things right. I’ve had some ask me if they could go through the program again. They enjoyed the volunteer work that much.”

“It was a neat opportunity to have the person be responsible and learn from her mistakes,” said Chris Fuchs, Dani’s mother, who also is interested in volunteering for the program. “Dani grew a lot recognizing that this was something she did that was wrong and should not have been part of it.”

Because of Dani’s age, she needed to have direct supervision from her parents or an adult while performing her community service. Dani’s supportive family, including her parents and grandparents, rallied around her to make it happen.

“They’ve been an amazing family to work with,” said Paula Schultz, Marathon County Restorative Justice Program Leader. “Everyone stepped into the circle to help her. I feel like this is a prime example of a case that’s a great fit for restorative justice.”

Dani completed her hours by working at Goodwill as well as making and delivering Valentine’s Day treats to residents at an assisted living facility. She also is investing in doing what she needs to do and prepared a thoughtful apology letter she read aloud during a restorative meeting with the parks department.

“The value of restorative justice in our case is not simply the restitution aspect, but the comprehensive measures taken to educate the offender and the influence this education has on their long-term decision-making process,” said Andrew Sims, Wausau/Marathon County Parks, Recreation and Forestry Department Assistant Director – Operations. “Through the program, Dani has learned that while following is easy, consequences can be great. Whereas being the positive influence/leader takes courage with a much more favorable outcome.”